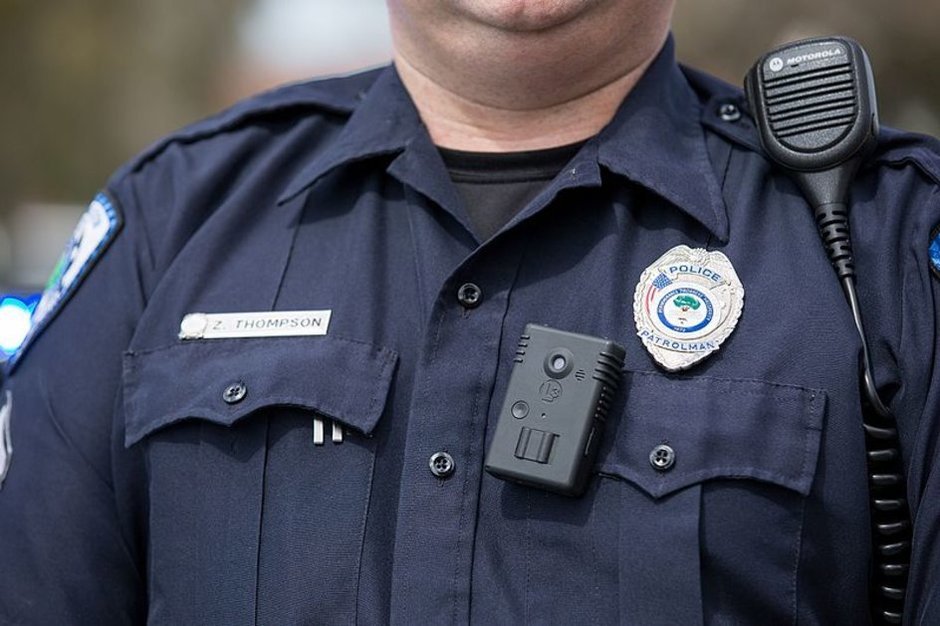 This summer, a new wave of Black Lives Matter protests picked up where the initial cycle of rebellions left off in 2014. The names Tamir Rice and Michael Brown were replaced with George Floyd and Breonna Taylor, but, tragically, it seems that little else has changed.

“We need to reduce the footprint of law enforcement in communities, not just document it.”

As both parties rally around nominal police reform, we should remember that this, too, has already come to pass. After the first cycle of BLM uprisings, police departments around the country adopted body-worn cameras (BWCs), aided by a $75 million grant from the U.S. Justice Department. In the wake of Ferguson, everyone from Michael Brown’s family to President Obama advocated for BWCs. “I couldn’t help but think,” said criminologist Mike White of Brown’s murder, “what would’ve happened if the officer was wearing a body-worn camera?”

Six years later, we may have our answer, though not the one we were promised. Derek Chauvin wore a body camera as he knelt for more than eight minutes on George Floyd’s neck. The police who shot Breonna Taylor to death in her home wore them as well. In both cases, footage was released only after a wide public outcry. In neither case did the presence of BWCs stop law enforcement from taking the life of someone they had sworn to protect and serve.

As initiatives like 8 Can’t Wait offer shiny new reforms to end police brutality once and for all, it might be useful to take a closer look at the most widely adopted reform from the last series of revolts: police BWCs.

Why have they proven so ineffective in stopping police violence? And why were they the one reform that received support from everyone, from politicians to grieving families to police officers themselves?

In 2012, two years before the Ferguson uprisings, the small Inland Empire city of Rialto, California hosted the first domestic study on the effects of BWCs on police departments. The results were stark: Officers instructed to use body cameras used force at half the rate of officers in a control group. Department-wide, use-of-force incidents as well as citizen complaints against officers dropped dramatically compared to preceding years.

The Rialto study was sponsored by TASER International, which has diversified from stun guns to become one of the largest body cam manufacturers in the United States. The company even changed its motto from “Protect Life” to “Protect Life, Protect Truth,” before rebranding as Axon to reflect expansion beyond the electroshock weapon market.

Soon after the release of the study, TASER was joined by a handful of police chiefs in advocating for body cameras. A Police Executive Research Forum study published in 2013reported that “body-worn cameras can help strengthen the policing profession.” While police unions, responsible for the defense of individual officers, have opposed BWCs, police chiefs, responsible for the successful operation and continued legitimacy of entire departments, often have supported them.

A 2012 report from the Department of Justice referred to BWCs as “a police officer’s small but important technological partner” whose benefits included deterring assaults on officers and providing evidence to help clear police officers of allegations of wrongdoing.

The idea that BWCs are primarily aids for police officers to better document and dissuade civilian aggression and criminality—with officer accountability an uncertain fringe benefit at best—is typical of literature of the time. A 2007 report by the United Kingdom’s Home Office touted the advantages of body cameras as ranging from improving evidence collection to reducing anti-social behavior to limiting the time officers spent filling out paperwork.

Use of force against civilians is only mentioned in reference to reducing complaints against police.

After the Rialto study in the United States, a loose coalition of weapons manufacturers, police chiefs, and criminologists all began promoting BWCs as the next step in modern policing.

Civil liberties organizations like the ACLU, meanwhile, feared that BWCs would lead to the erosion of privacy rights. If each civilian-police interaction were to be recorded and uploaded to police evidence servers, they contended, then that data could be stored, retrieved, and analyzed at the leisure of law enforcement.

This view of body cameras is quite different from our common sense just a few years later. After Ferguson, civil rights advocates became the loudest voices demanding BWCs for police departments across the nation. No longer tools to collect evidence and “civilize” civilians stopped by police, body cameras were now framed almost exclusively as a mechanism for reform.

At least this was the public messaging. A 2015 report from the President’s Task Force on Twenty-First Century Policing’s also made sure to mention how “BWCs help police departments ensure that events are also captured from an officer’s perspective.”

By 2016, just two years after a Missouri QuikTrip burned, almost half of American law enforcement agencies had BWCs.

Hopes were high that BWCs would stem the tide of American police violence, but research after their wide implementation paints a more complex picture. In contrast to the Rialto findings, an eighteen-month study of Washington, D.C.’s Metropolitan Police Department concluded that the use of body cameras has almost no effect on police use of force or on citizen complaints.

A 2016 survey by George Mason University found that just 8 percent of state prosecutors’ offices used BWC footage to prosecute a police officer, while 92 percent used BWC evidence to prosecute a private citizen. The lead prosecutors surveyed were overwhelmingly in favor of officer body cameras; a majority of their agencies planned to store the resulting footage as evidence for more than five years.

This summer, a new set of protests in response to a new series of murders proved that whatever effects BWCs have had on restraining police violence has been insufficient. Though police misconduct has not disappeared, demonstrators in Minneapolis, Oakland, or New York City now find themselves facing police officers who use body cameras to collect evidence on individual protesters.

At this summer’s BLM protests, responding officers with military experience might have recalled U.S. Army manual 3-19.15, Civil Disturbance Operations, which mandates that teams who detain protestors include a photographer or videographer, not for military accountability but because their presence may “cause crowd members to be less prone to unruly or criminal acts.”

What, then, is the lesson of the brief, fraught history of body cameras as a police reform?

“We now know,” argued Dr. Jody Armour, a criminal justice expert, “that technological tweaks like a camera can’t prevent the loss of innocent life or prevent violent encounters with police . . . we need to reduce the footprint of law enforcement in communities, not just document it.”

Abolitionist group Critical Resistance suggests evaluating proposed police reforms on criteria such as whether they lower police funding and if they “reduce [the] tools/tactics/technology police have at their disposal.”

The fact that reforms like BWCs haven’t worked doesn’t mean that their repeal has to be the first priority of police reform movements. But it is a sign that we should look instead at “abolitionist steps” like shrinking police departments and withholding pensions from officers involved in excessive force incidents. The fraught experiment of body cameras may suggest this approach is worth considering.