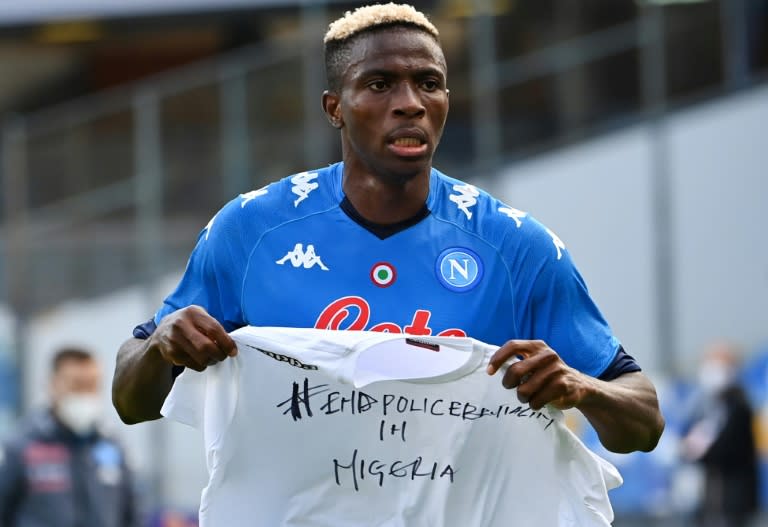 Nigeria striker Victor Osimhen called for an end to police violence in his home country on Saturday after scoring his first goal for Napoli.

“End Police Brutality in Nigeria,” was hand-written on a white t-shirt held up by the attacker after he netted the fourth goal in a 4-1 Serie A win over Atalanta in Naples.

Anger over abuses by the Nigerian police’s notorious Special Anti-Robbery Squad (SARS) have erupted into widespread demonstrations in the African country.

The #EndSARS hashtag started on social media after a video showing what looked like a SARS officer attacking a man spread online.

Saturday’s goal was the first in Italy for the 21-year-old in his third appearance.

Napoli paid French club Lille a club record fee of up to 80 million euros ($94.6 million) to bring the forward to southern Italy on a five-year deal.

Thousands of Nigerians Protest Against Police Brutality in …

‘I Really Thought My Life Was Going to End.’ Inside the …

‘I Really Thought My Life Was Going to End.’ Inside the …