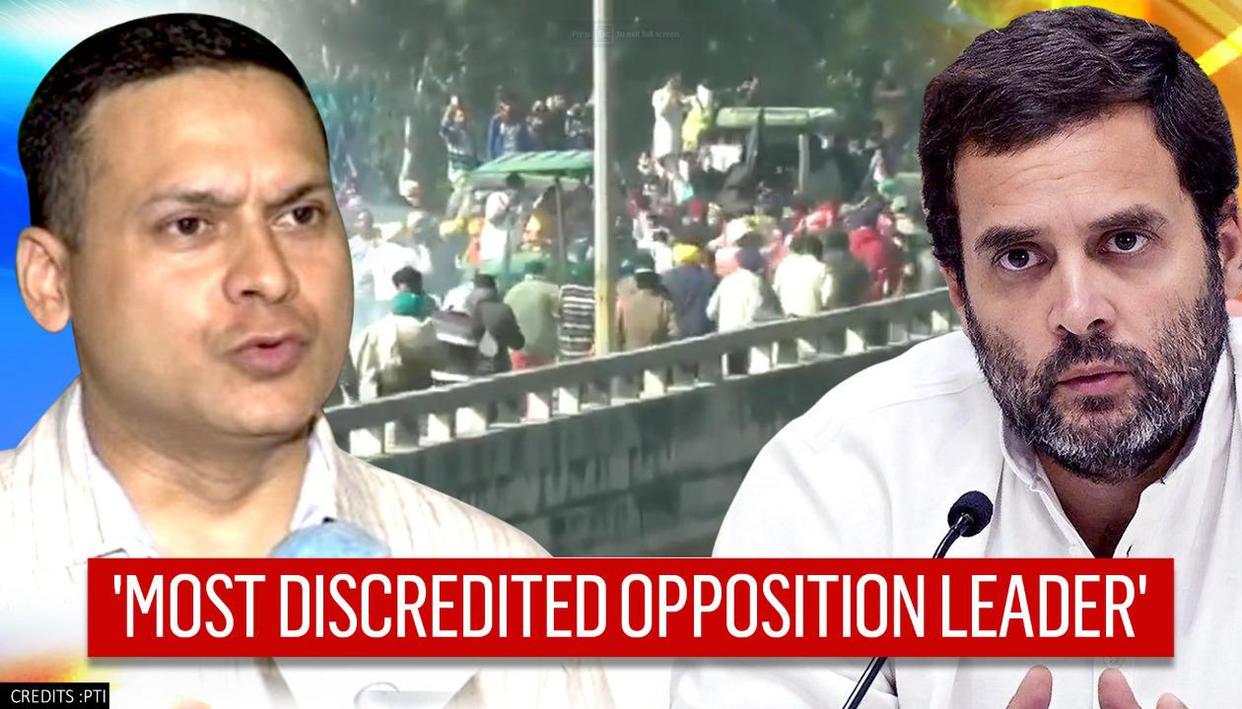 Amid the ongoing farmers’ protests, Congress leader Rahul Gandhi on Saturday hit out at the ruling BJP government. Taking to Twitter, Rahul Gandhi shared a picture and alleged police brutality against the agitating farmers. However, BJP’s Amit Malviya hit back for sharing a propaganda image of the protests. Malviya has refuted the claims and shared an actual video of the incident.

BJP leader Amit Malviya slammed Rahul Gandhi and debunked his claims over police brutality by sharing a video of the protest. Calling the picture “propaganda”, Malviya said that police “did not even touch the farmer”. The video shows that the policeman did not attack the farmer contrary to Gandhi’s claims. Malviya has refuted Gandhi’s claims and stated that he is the most ‘discredited opposition leader’. This comes after Gandhi had earlier shared a picture from the same video.

The Congress leader in his tweet attacked PM Modi and said that the country’s slogan is ‘Jai Jawan Jai Kisan’. However, Gandhi said that PM Modi’s arrogance has led to the jawans being plotted against the farmers of the country.

“It is a very sad photo. Our slogan was ‘Jai Jawan Jai Kisan’ but today PM Modi’s arrogance made the jawan stand against the farmer. This is very dangerous.”

READ: RSS-affiliate BKS Urges Centre To Address ‘misgivings Of The Farmers’ Amid Protests

Thousands of farmers gathered at the Singhu border held a meeting on Saturday morning amid heavy security presence and decided to continue demonstrating there even after being offered a site in north Delhi to hold their protest. Those gathered at the Tikri border continued to hold ground as well. A decision on whether they would head to the designated protest site is expected soon. Earlier on Friday, hundreds of farmers entered the national capital to hold a peaceful protest at the Sant Nirankari Ground after facing teargas and water cannons and clashing with security personnel while thousands remained at border points, undecided whether to go to the demonstration site identified by police.

The police resorted to using teargas shells, water cannons and multi-layer barriers to block the protesters and the farmers pelting stones and breaking barricades in some places to push through as part of their ‘Delhi Chalo’ march against the Centre’s new farm laws.

READ: Punjab Farmer On Way To Join Protest In Delhi Killed In Accident, Two Others Injured