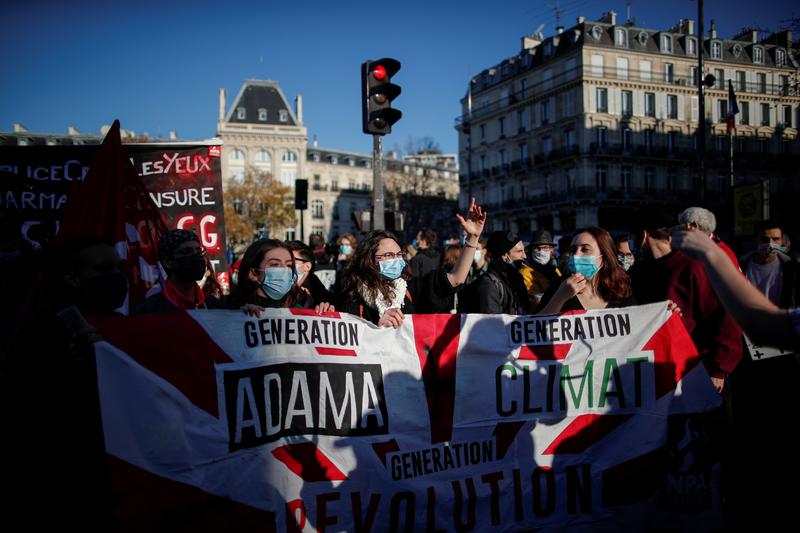 PARIS (Reuters) – Police fired tear gas at a protest march against police violence in Paris on Saturday after masked protesters launched fireworks at their lines, put up barricades and threw stones.

Thousands of people across France marched against police violence and demanded a free press after the police beating of a Black music producer fanned anger about a draft law that is seen as curbing the right of reporters to report on police brutality.

Protests over security law as France reels from police …