By PoliceBlunder October 9, 2019 No Comments 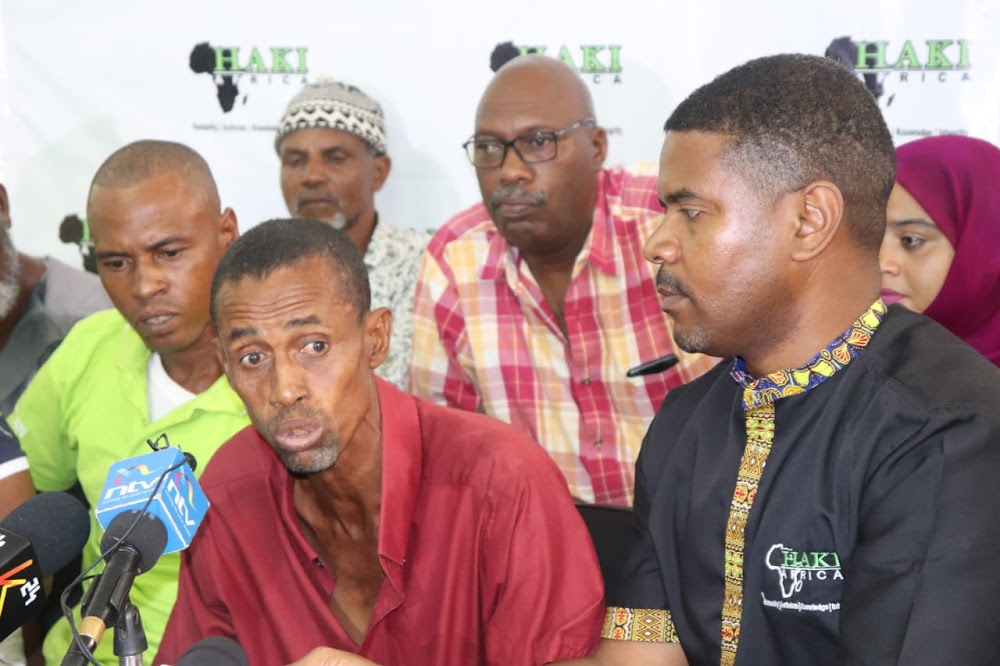 Mohamed Bakari was in his house in Miabogi, Lamu county, on October 3 when he had a bang on the door.

He had no idea a police officer had gone missing the previous day. Before he could reach his small wooden door, and having been angered by the rude manner in which ‘his visitor’ had knocked, it was kicked open.

Confused and disoriented, he felt two blows land on him and fell down.

“Three police officers then dragged me out of the house. Outside, there were about 30 others,” said Bakari at the Haki Africa offices in Mombasa where Lamu residents had gone to file complaints.

He was ordered to lie down as random police officers asked similar questions, with occasional blows and kicks landing on him.

They used clubs, chains, the ‘nyahunyo’, and the butts of the guns too.

“I could not walk after they left. I had to crawl back into the house. My body was in so much pain that I thought I was going to die the next minute.”

Bakari was one of the 17 people brutalised by the police a day after officer Hesbon Okwema had gone missing. The police were conducting an illegal door-to-door search for their colleague.

His body would be found about 400 metres into a forest in Lamu East, about 100 metres from the Kizingitini-Mbwajumwali Road.

“What is the objective when the police commit such brutality and on innocent Lamu residents? We want decisive action taken against officers in the operation,” he said.

Mbwana said it is such actions that make residents alienate themselves from the security agencies, who then complain that the community does not want to work with them.

He warned that continued use of such tactics will create monsters out of innocent residents.

“When you push a cat to the wall, it will eventually produce its claws and will have no otherwise to pounce on you,” Mbwana said.

Khalid said police brutality in Lamu has been normalised by the system. “There is no leader in government who has not gone to Lamu and who has not received complaints from residents there. Still, they do nothing.”

He said such actions breed enmity between the community and the security agencies.

Former Faza MCA Abbas Famau said Lamu needs an overhaul of the security agents. “My own mother in Miabogi was a victim. How can a 75-year-old mother know what happened to a police officer in Tchundwa?” he asked.

Athman Issa, a youth representative, said victimisation has made the fight against crime and drugs difficult.

“There is no trust between the police and the community and thus there is no information sharing,” he said.