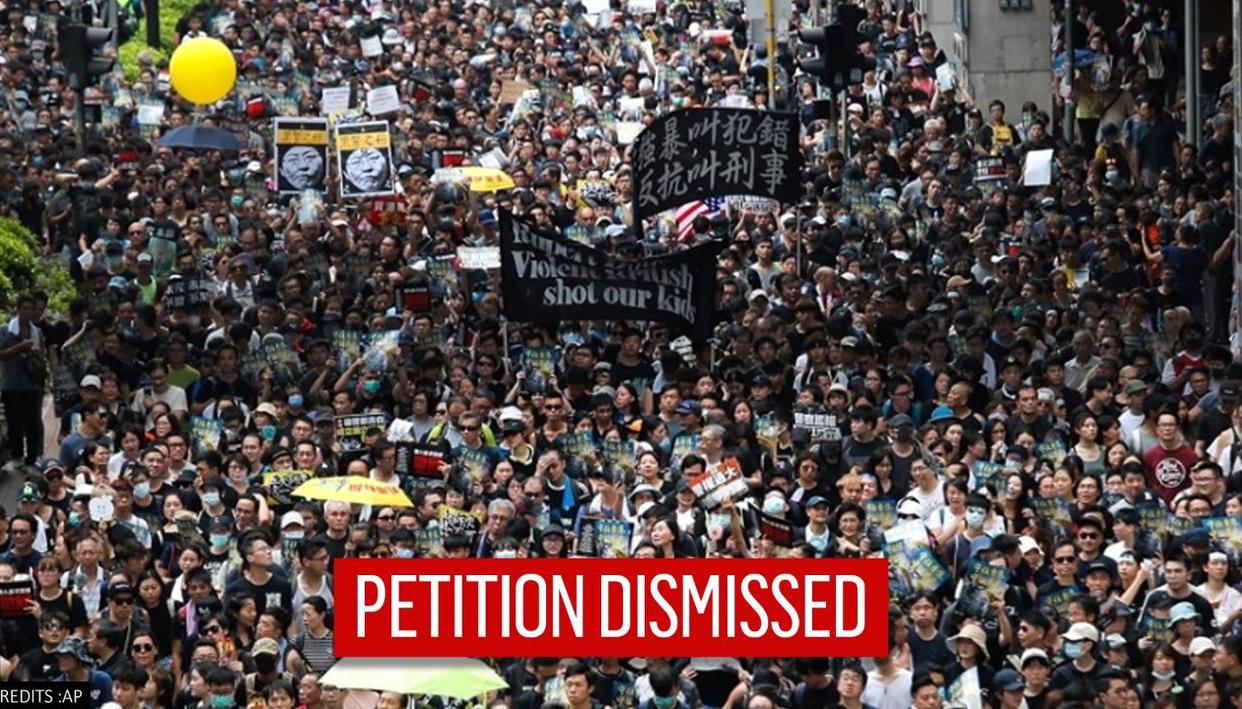 Hong Kong’s High Court on December 21 dismissed a bid from the city’s oldest journalists’ union which sought to formally label the police’s treatment of industry workers during 2019 anti-governmental protests as “unconstitutional”. In a bid to quell mass demonstrations, Hong Kong Police fired rubber bullets, tear gas, pepper spray and water cannons on people including those working in the media. The police even arrested hundreds of Hong Kong residents asserting the violation of the controversial national security law.

As per a report published in the South China Morning Post, Hong Kong Journalists Association (HKJA) had sought two court declarations that police conduct represented a breach of freedom of space, opinion, and expression. Last month, the same court had pronounced that officer’s inability to display their identification number was a violation of the Bill of Rights.

However, on December 21, Justice Anderson Chow Ka-ming concluded that the declarations sought in the latest case fell “on the wrong side of the line”, and that it would be undesirable to make “a sweeping and general declaration” that breaches took place, as per reports.

In June 2019, more than a million people coalesced to streets to protests against the draconian security law imposed on the city-state by the Chinese Communist Party. The protestors holding up five fingers, reiterated the five demands which included – withdrawing the controversial extradition bill, setting up an independent commission of inquiry into police brutality, amnesty for protesters who had been arrested, a halt to the government’s categorisation of the protests as riots, and the implementation of universal suffrage in Hong Kong. Out of these, the withdrawal of the extradition bill has been done.