These Civilian ‘Police’ Are Being Trained to Protect Black … 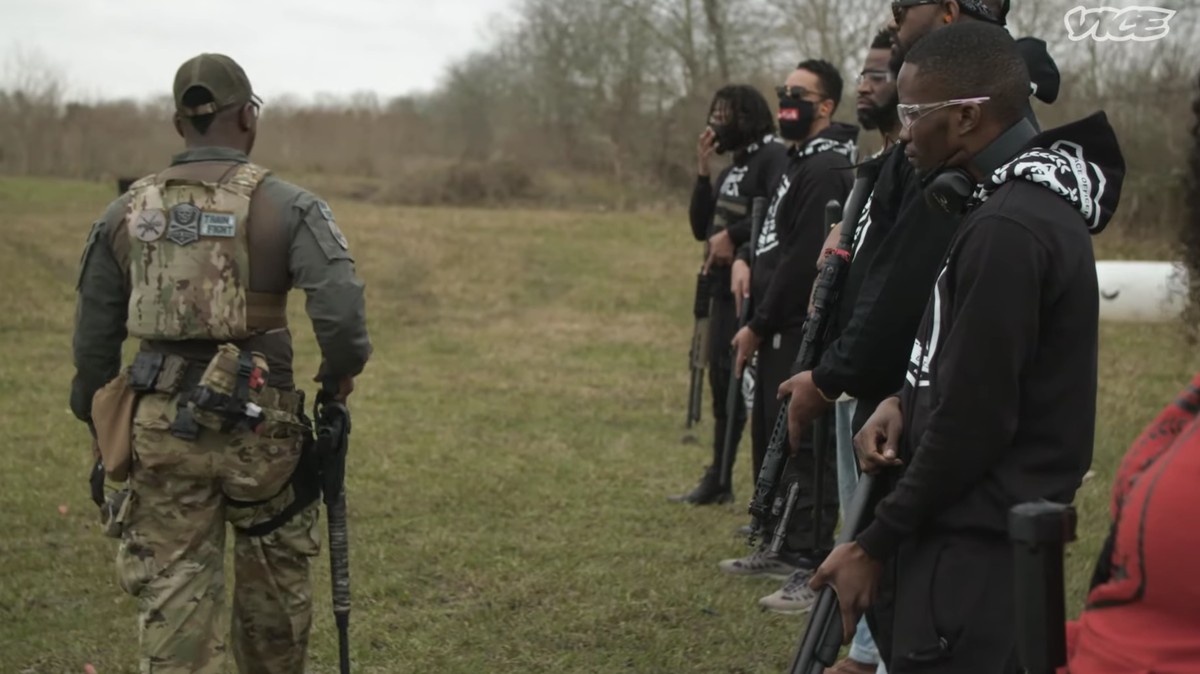 HOUSTON — Hawk Newsome, the chairman of Black Lives Matter Greater NY, was already planning his next move as hundreds of thousands of Americans swarmed the streets to protest police brutality after the killing of George Floyd.

With so many people woken up and “paying attention,” he said, the time was right to launch Black O.P.T.S. (as in, opportunities), a new organization pushing for more radical national reforms to housing, education, and law enforcement—including an armed squad of “peace officers” to protect Black people against violence, from cops or anyone else.

Newsome appeared on Fox, talking about the demands, and caught the attention of then-President Trump. “If this country doesn’t give us what we want,” Newsome said, “then we will burn down this system and replace it.” Trump called it treasonous, and Newsome’s been getting death threats ever since.

But the blowback hasn’t stopped him. On May 25, the anniversary of George Floyd’s death, Newsome plans to launch his Peace Officers initiative in the Bronx borough of New York, and Atlanta.

“We want to abolish the police, but if we can’t maintain peace in our communities, then there’ll be chaos. So you can’t talk about abolishing the police and not have a policing unit of our own,” he says.

The initiative is inspired by the Black Panther Party’s armed patrols that formed in the 1960s in response to Oakland police abuse.

But Newsome emphasizes peace officers are just one part of the Black O.P.T.S. vision.

VICE News caught up with Newsome in Houston for a Black O.P.T.S. self-defense training for future peace officers.

Video hosted by Alzo Slade, produced by Milena-Mikael-Debass, and shot by Michael Shade and Andrew Cagle.

Source: These Civilian ‘Police’ Are Being Trained to Protect Black …

Nancy Pelosi doubles down on police reform named for …

These Civilian ‘Police’ Are Being Trained to Protect Black …