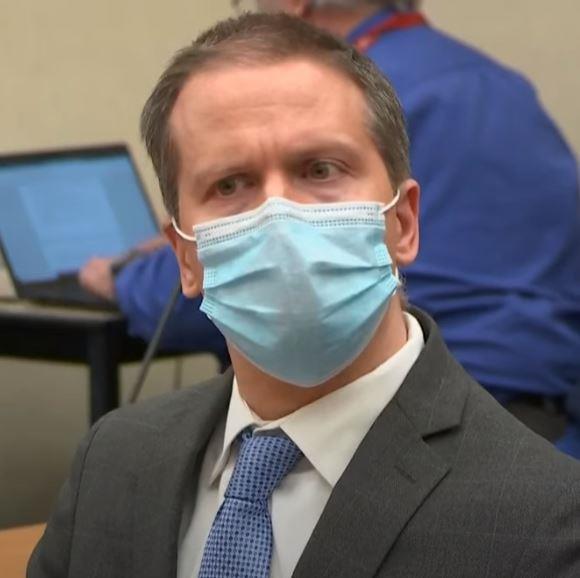 Today is a historic day in the fight against police brutality. Derek Chauvin was found guilty on all three counts including third degree murder for the killing of George Floyd last year. You can watch his reaction to the verdict in the video below. Many people view this as a victory and it is, but it is only a partial victory because Chauvin was undercharged and faces at most 25 years in prison. He will have to do that time as a marked man due to being a cop, but he will probably walk free someday if he is not killed in prison.

By charging Chauvin with third degree murder (https://www.revisor.mn.gov/statutes/cite/609.195), the state alleged that Chauvin recklessly killed George Floyd. They never even tried to argue that he intentionally killed George Floyd. The allegation was that although Chauvin intentionally kept his knee on Floyd's neck that he did not do so for the purpose of killing him. He did it with reckless disregard for Floyd's life and as a result he died. That is the worst thing that Chauvin has been accused of by the state of Minnesota. He received preferential treatment from prosecutors because he was a police officer. A civilian of any color would not have been so fortunate. A civilian would have been charged with at least second degree murder and the jury would have been given the option to convict him of third degree murder as a lesser included offense. That is called "stacking the deck" and it is something prosecutors almost always do. They charge someone with anything they think a jury might convict him of hoping that at worst they will only convict him of the lesser offenses. Derek Chauvin's jury was not given those options because to them Smurfs lives matter. Second degree murder is the intentional killing of another without premeditation (https://www.revisor.mn.gov/statutes/cite/609.19). In Chauvin's case we believe that he intentionally killed George Floyd by choking the life out of him with his knee for over 9 minutes, but that he did not plan on killing him. Premeditation requires planning without which one cannot be charged with first degree murder. Had Chauvin arrived on the scene planning to kill someone he would have been guilty of first degree murder. If convicted of second degree murder, Chauvin would be facing up to 40 years. Due to Chauvin's age he would likely die in prison if sentenced to 40 years.

We fear that today's celebration will be short lived and will soon be replaced by rage when Chauvin is sentenced. Too many people that are ignorant of the law hear "guilty of murder" and think he will spend the rest of his life in prison. When he is sentenced to 25 years they will wake up and take action just as they did after seeing the video of Chauvin murdering George Floyd. There is a chance that he could receive consecutive sentences for the other two counts, but that is not likely. They were all part of the same criminal episode and the law typically disfavors consecutive sentences for conduct that was part of the same criminal episode. He will likely be sentenced to concurrent sentences the maximum of which will not exceed 25 years.

Cop Blaster has been covering this case since the beginning. We were one of the first outlets to say the name Derek Chauvin and post his personal information (https://copblaster.com/blast/25733/derek-chauvin-chokes-the-life-out-of-george-floyd-on-camera). #derekchauvin #georgefloyd #murder #racism #smurfslivesmatter

Source: Derek Chauvin Found Guilty AF, But He Was Undercharged

Cardi B Traumatized, Sick Of Police Brutality After Seeing Video Of 13-Year-Old Being Shot

The 901: Byhalia Connection pipeline rally, police brutality protest and the death of a titan