By PoliceBlunder October 22, 2019 No Comments 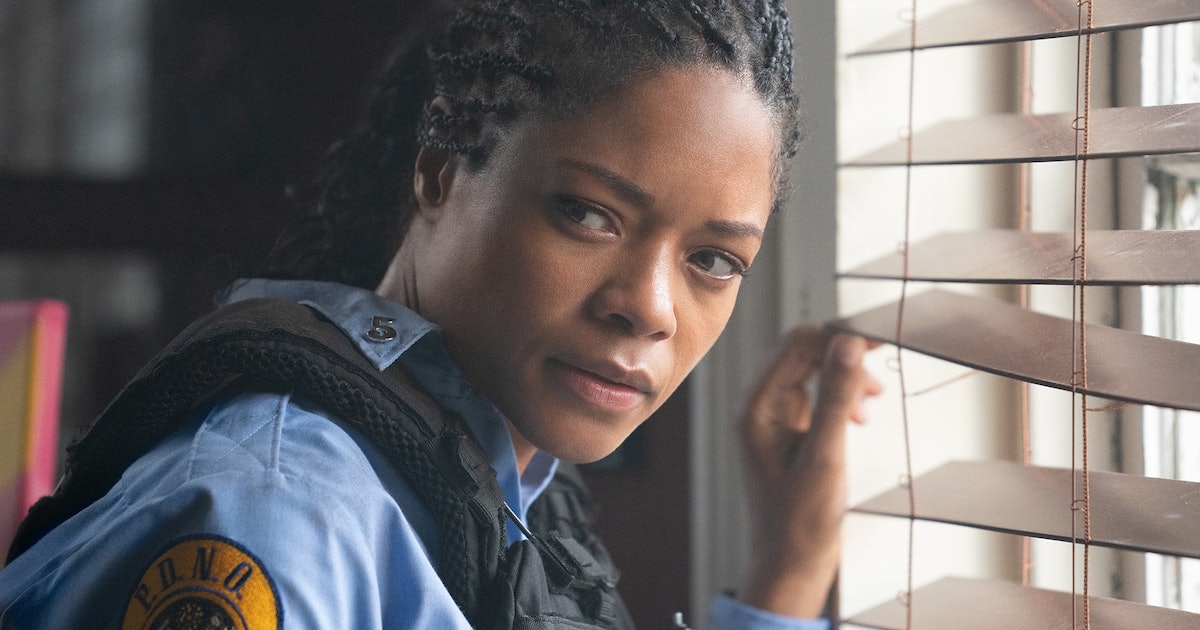 A 2019 Rutgers study of deaths caused by police officers showed that 1 in 1000 black men will die in that manner, making law enforcement officers a leading cause of death among that population. The epidemic of violence continues to be explored in media, including a new action film starring Moonlight‘s Naomie Harris. But is Black and Blue based on a true story? The movie, out Oct. 25, is about a rookie cop who witnesses her fellow officers’ murder of an unarmed drug dealer in cold blood. Realizing that their corruption has been exposed to the rookie’s body camera, one of the officers shoots her, but she manages to escape. She then goes on the run, hiding out in the neighborhood she was tasked with policing as both the cops and their cohorts in the criminal underground turn over every stone looking for her.

The movie is a fictionalized case of what we more and more frequently see on the news: an unarmed person of color murdered by a police officer, with justice seemingly out of reach. However, the film’s vast conspiracy of every cop in a district being corrupt and working with gangsters in order to murder one of their own is, thankfully, a work of fiction. The film was written by screenwriter Peter A. Dowling, who previously wrote the Jodie Foster thriller Flightplan and the Samuel L. Jackson-starring Reasonable Doubt, and it’s directed by Traffik helmer Deon Taylor.

Although Black and Blue is not a true story, its timeliness and ripped-from-the-headlines quality is what drew Harris to star in the film. “I think it’s a really powerful, impactful, incredibly important movie. I think it’s very relevant and timely — that we need a movie like this right now,” Harris said at a September press conference for the film, per Screen Rant. “I think that the dissemination of clips of police brutality that have been caught on cameras, particularly on phones, have really made that relationship [between police and the communities they patrol] even more difficult. And we need a way out of that kind of corrupt, abusive relationship.”

Taylor, the film’s director, is hoping that the movie will inspire change thanks to its no-nonsense look at police corruption in black communities. “This movie is important. I’m trying to tell everybody I can why the movie is important,” Taylor told the Knockturnal. “First of all: black cast, black people, black director, and it’s a movie that means something. It’s one thing to get the Training Day vibe, which the movie gives you, and it’s another thing when you can go there and see somebody actually say something about what’s going on. And the reality is, we’re living in a time where the news will show you one thing and say you didn’t see that. And I’m like nah, that ain’t what we doing.”

Black and Blue, with its thriller narrative about a conspiratorial city-wide hunt for a cop on the run, is not based on a particular real case. But the film still encourages conversation about police brutality, the ways in which black communities are policed, and how corrupt police officers can be held accountable. So even though Black and Blue isn’t a true story, the film still has a lot of truth to offer.

Source: Is ‘Black & Blue’ A True Story? Its Police Violence …