By PoliceBlunder October 25, 2019 No Comments 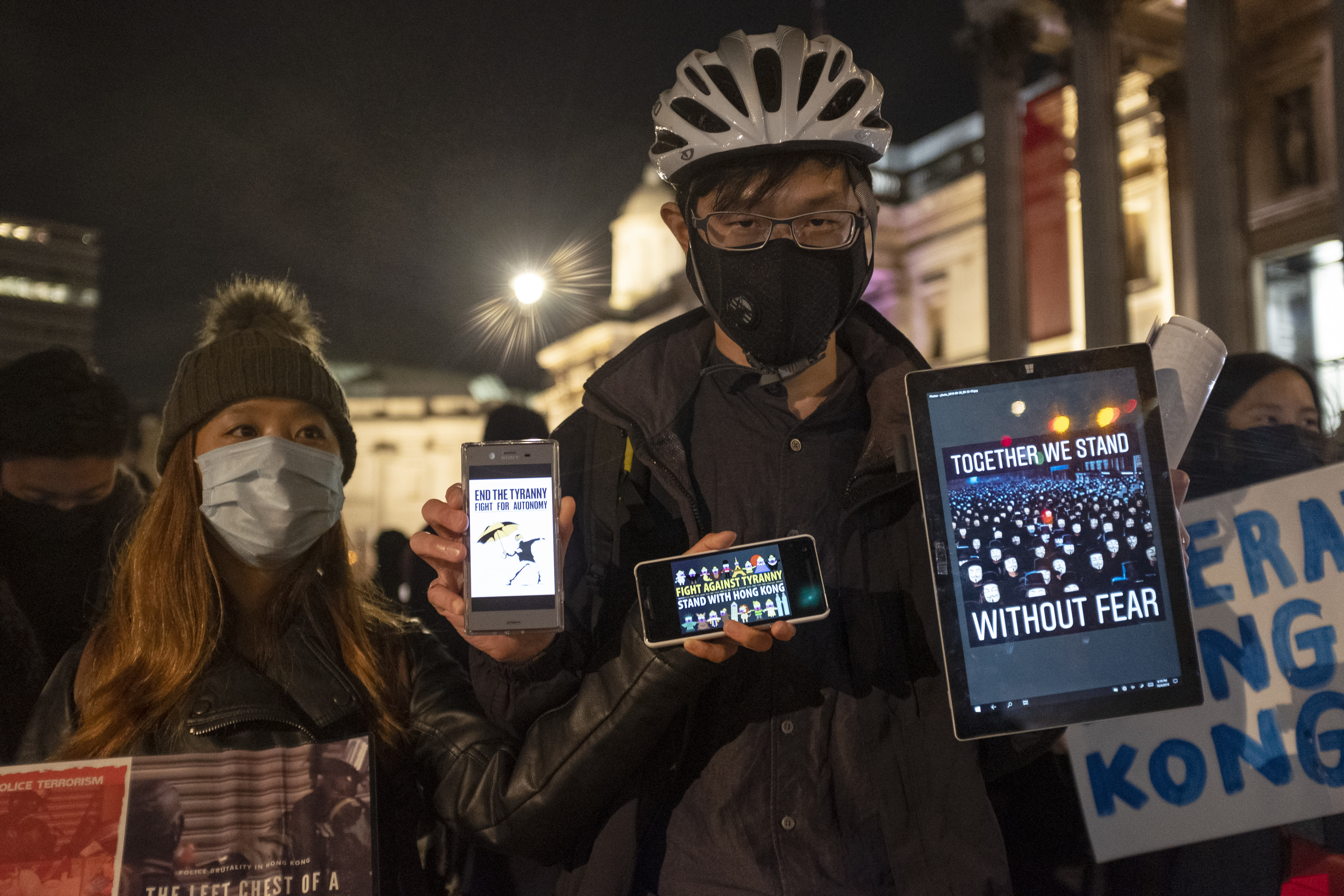 * Police and families targeted in protests

By Twinnie Siu and Jessie Pang

HONG KONG, Oct 25 (Reuters) – Hong Kong’s High Court on Friday banned people from disclosing personal information about the police and their families, widely targeted in protests that have gripped the Chinese-ruled city for months, prompting concern among legal experts.

Pro-democracy activists have attacked police with petrol bombs, rocks and lasers shone in their eyes, furious at social media footage of random beatings, especially one against protesters cowering on the floor of a subway train.

One officer this month was slashed in the neck with a knife.

Protesters are angry about what they see as creeping Chinese interference in Hong Kong, which Britain returned to China in 1997 under a “one country, two systems” formula intended to guarantee freedoms that are not enjoyed on the mainland.

China denies meddling. It has accused foreign governments, including the United States and Britain, of inciting the unrest.

The police and justice secretary applied for a ban on disclosing names, addresses, email addresses, telephone numbers and other details, including children’s school addresses.

The court agreed to an injunction, including a broad ban on “harassing” and “pestering”, which media said would last until Nov. 8.

Professor Simon Young, of the University of Hong Kong’s law school, told Reuters that the move effectively amounted to a law targeting a select group – a serious move which should be dealt with through new legislation, not an injunction.

“It opens a whole new can of worms and questions about enforcement,” he said. “It reflects the dysfunction of the legislative process that injunctions are being used in this way.”

“Serious restriction on freedom of expression effectively criminalises a whole range of perfectly lawful acts which will now be punishable as contempt of court,” Dapiran wrote on Twitter.

Police said in August more than 1,600 officers and their family members had been victimised by doxxing – the publication of private information online.

“They also suffered all sorts of harassment, including nuisance calls, verbal intimidation and even death threats,” Police Public Relations Branch Chief Superintendent Tse Chun-chung said at the time. “Some people misused our officersâ€™ personal data to apply for loans.”

The rallying cry of the protest movement is “five demands, not one less”, including universal suffrage and an independent inquiry into perceived police brutality, which leader Carrie Lam has refused to grant.

Hong Kong is now in its fifth month of protests, which have plunged it into its biggest political crisis in decades and taken a heavy toll on the economy.

A rally dubbed “Medical Workers Resisting Tyranny” is planned at Chater Garden in the heart of the financial centre on Saturday, with another protest, “Fight Against Police Brutality, Stand with Muslims, Citizens and Journalists”, due on Sunday across the harbour in Kowloon district.

A police water cannon truck shot bursts of blue-dyed water at a small clutch of people on the footpath outside a mosque during protests in Kowloon on Sunday, hitting its gate and steps, drawing criticism from some in the Muslim community.

Police said the incident was “most unfortunate” and unintended, while senior officers met Muslim leaders to offer apologies.

U.S. Vice President Mike Pence accused China on Thursday of curtailing “rights and liberties” in Hong Kong and blasted U.S. company Nike and the National Basketball Association for falling in line with Beijing in a disagreement over free speech.