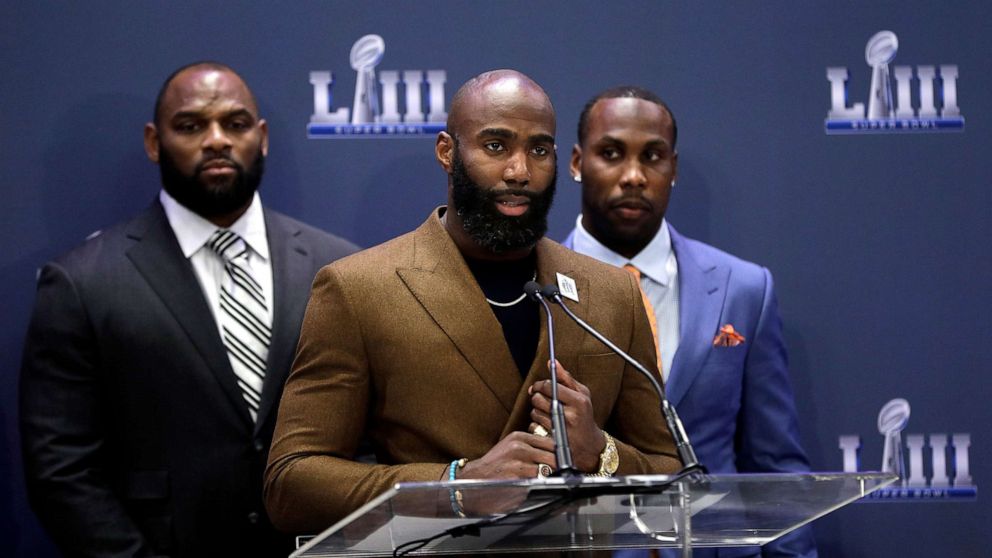 As the protests on the football field waned, the Players Coalition of NFL stars released a public service announcement (PSA) on Wednesday to bring attention to police brutality – one of the issues that compelled former San Francisco 49ers quarterback Colin Kaepernick to take a knee during the national anthem in 2016.

The PSA – the first of a series that will be released by the “The Responsibility Program” – highlights the Oct. 17, 2010 shooting death of 20-year-old Danroy “DJ” Henry. Henry was a student athlete at Pace University, who was shot and killed by Pleasantville police officer Aaron Hess during a chaotic scene outside a bar in northern Westchester County, New York.

“We have a responsibility to use our platforms to unite people and foster positive change in our communities, but we can’t achieve that goal without education,” Player’s Coalition Co-Founder and Philadelphia Eagles Safety Malcolm Jenkins told ABC News in a statement on Wednesday. “We want this PSA to generate productive dialogue between people of all backgrounds, so we can start to bridge the communication gap and work together to end these injustices.”

Henry’s parents, who narrate the PSA, filed a civil lawsuit against the Village of Pleasantville and Hess for the wrongful death of their NFL hopeful son and received a partial settlement of $6 million in 2016.

This is the latest in a series of moves that the Coalition’s members have taken over the past two years to affect social change, including backing state efforts to push criminal justice reform legislation.

The Coalition, which is made up of players working to lend their voices to social justice issues, was founded in 2017 by Jenkins and now former NFL player Anquan Boldin during the high point of the national anthem protests and heightened tensions between league owners and players.

After coming under fire for their handling of the protests and for not signing Kaepernick since his contract expired in 2016, the NFL launched a social change initiative in January focusing on the same issues that the Coalition is working on: criminal justice reform, police and community relations and economic and educational advancement.

But, for supporters of Kaepernick and his cause, the former quarterback’s absence from the league has remained a sticking point for both the Coalition and the NFL.

Carolina Panthers player Eric Reid, who was the first to take a knee with Kaepernick in 2016, famously left the Coalition in 2017 along with Miami Dolphins player Michael Thomas, citing differences and accusing them of keeping Kaepernick out – a claim that Jenkins denied, saying Kaepernick elected not to join.

After spending a few months as a free agent, Reid signed a one-year contract with the Panthers in 2018 and then signed a three-year extension in February. He is one of three players who have continued to take a knee during the playing of the national anthem this season, along with Houston Texans wide receiver Kenny Stills and Miami Dolphins wide receiver Albert Wilson.

In August, Reid joined Kaepernick supporters in criticizing a social justice partnership between the NFL and hip-hop mogul Jay-Z, particularly taking issue with the fact that the effort does not include Kaepernick, whose protest started the movement.