By PoliceBlunder December 25, 2019 No Comments 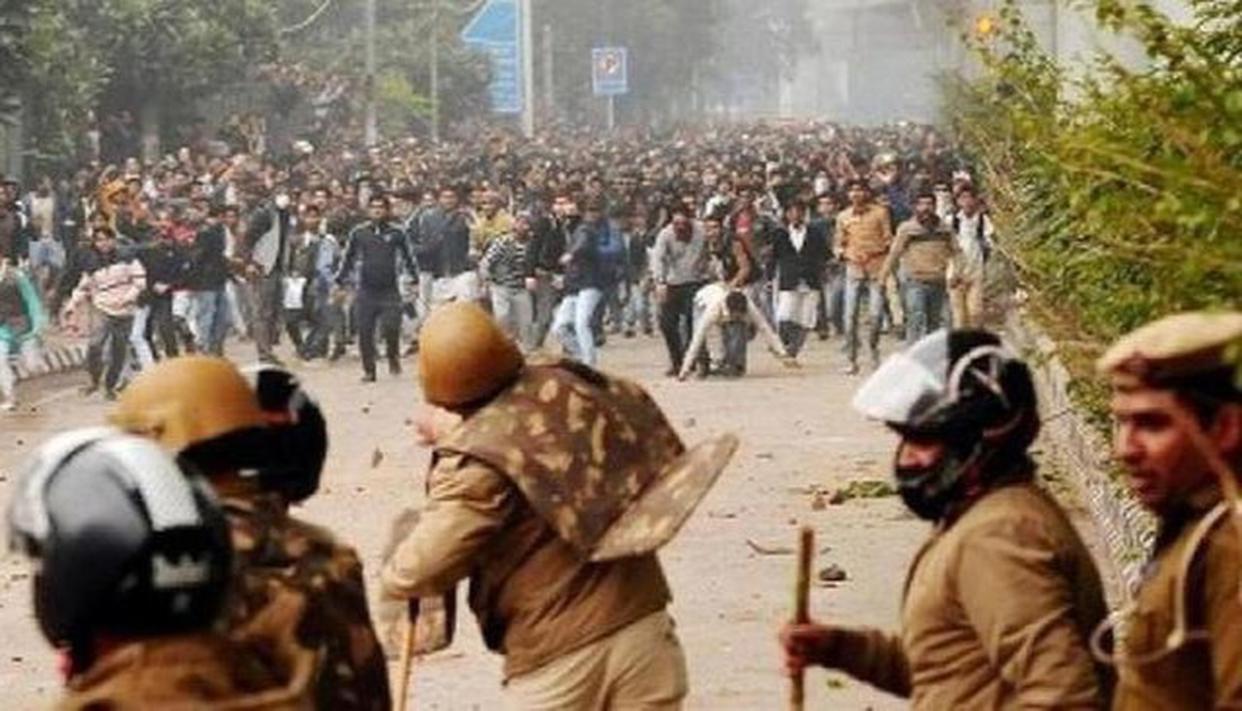 Jamia Millia Islamia students protesting against the amended Citizenship Act celebrated Christmas even as their agitation entered its 13th day on Wednesday. They were joined in the Christmas celebrations by social activist Swami Agnivesh. Students decorated the road outside the university with Christmas finery and carried on their protest, voicing dissent against the new law. A student dressed up as Santa Claus was carrying a poster which read, ‘Merry Christmas everyone apart from Delhi Police’, expressing the students’ anger towards the force for its alleged brutality on them on December 15 when the police personnel had entered the campus and lathi-charged” them after violent protests outside.

“Jamia’s Ganga Jamuna tehzeeb honors all religions and recognizes the essential oneness behind the seemingly different paths to God. We celebrated Christmas on the 13th day of our protests,” a Jamia students’ group said in a statement.

Meanwhile, the Jamia Coordination Committee, which comprises members from various political outfits active on the campus, has called for a gherao of the Uttar Pradesh Bhawan on December 27. The protest will be against the alleged “state-sponsored crackdown on anti-CAA and NRC protests and on the Muslim community”.